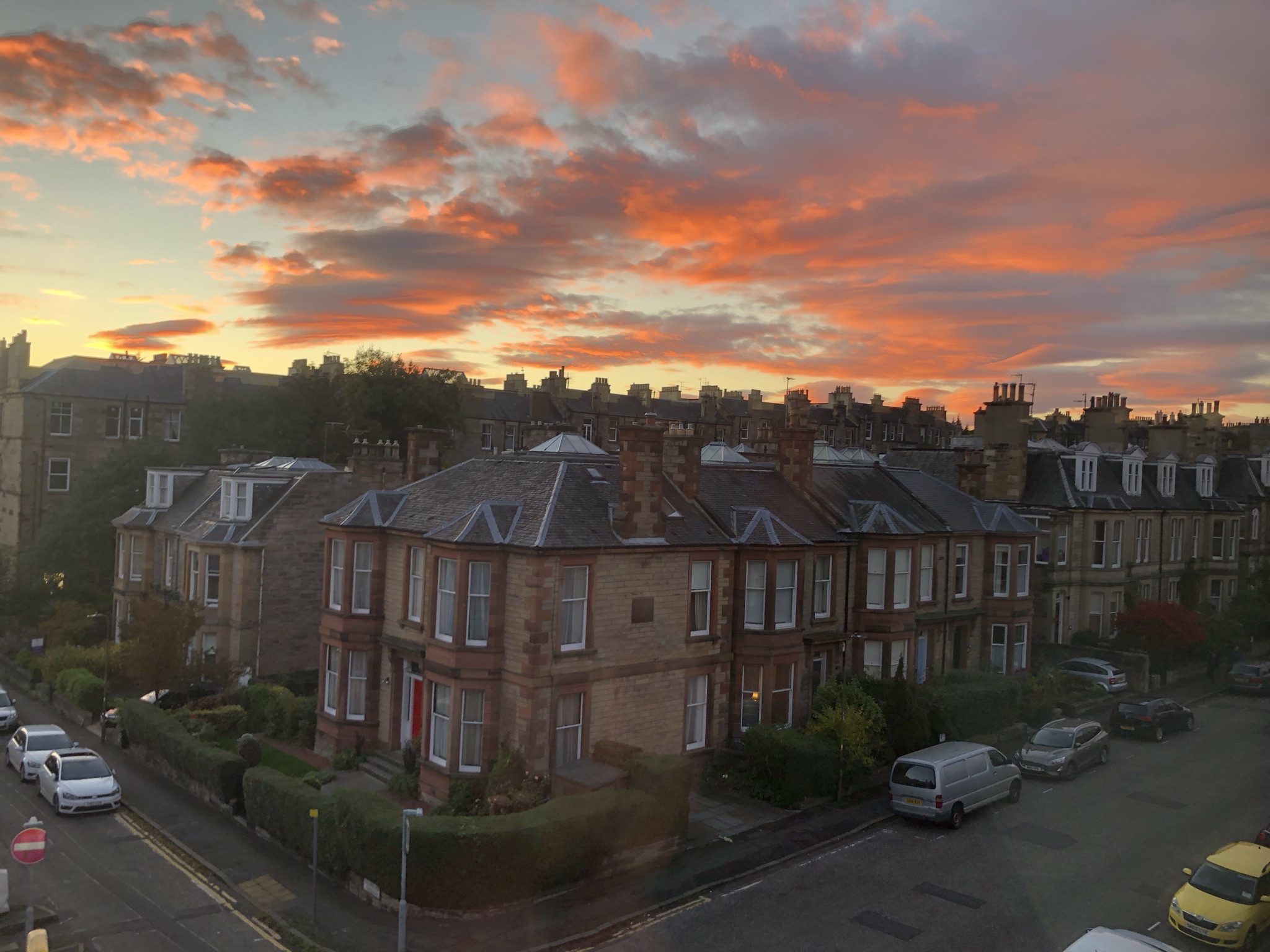 This morning kind of started with a divorce. 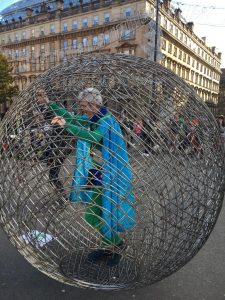 David indicated that he struggled with the fact that he had a taste for Glasgow and it didn’t feel right for him that, after 25 years of working in and on sustainability, he would now join us to Edinburgh. He wanted to have a longer chance to tell his story and inspire on this stage. And he did….. 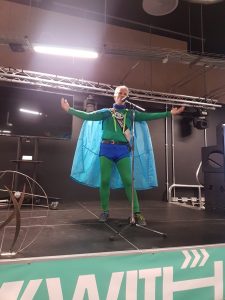 All understanding on our part, but also the hard reality that we could not make that choice. A company has to be kept going at home and Ilonka will also have to go back to work.
On the other hand, the idea of ​​doing the last pieces with Ilonka alone wasn’t such a bad idea.
Furthermore, last night I had been working on planning until after 02:00 am and I had determined that the drive from Berwick to Newcastle would be a nice route, but also much too long; 133km!!!
That’s not going to be it and I had to redesign two rides:
From Edinburgh tomorrow we will not go to Berwick but to a small town further south west called Wooler. That is then just 105km (also quite a bit) and the day after from Wooler to the Ferry in Newcastle.
That conversion until late at night caused some difficulty getting up. With a bit of a drowsy head I gulped down two good cups of coffee and some delicious pancakes (baked by Karen).
When it turned out that one of my replaced tires was flat in the morning, I could immediately get back to work and I was immediately awake.

Tom had arranged a new internal tube for me and it was done in no time. 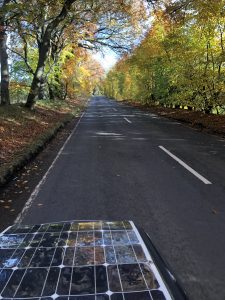 Everything worked well today, no more flat tires, but well…, I also put a new Schwalbe tire on the front left and that makes a difference.
Beautiful day and a distance that was once again manageable.

Had a nice coffee break in a pub where the bartender, who unfortunately indicated that he didn’t have any cake or anything, rushed outside while he had served us coffee. Minutes later, he returned with a pack of muffins from the local supermarket!
Very animated conversation about our trip, the cargo bikes and our experiences in Glasgow. The postman also popped in; turned out to be a Dutchman! In West Calder of all places!
The bartender also advised us to go to the local cycling shop to see if they had tires for me.
When we left the pub the barman didn’t want us to pay. Thought we were doing well and that was his contribution to do something too.
Further down the road was the cycling shop Pedal Power. Explained which tire I wanted and the seller went looking….; in the back of the warehouse, on the first floor. For my taste he stayed away just a little too long, but he came back with 20′ tires. Unfortunately, they weren’t Schwalbes, so I’m not going to get into that anymore. I did score an extra inner tube and Ilonka a water bottle, because she had left hers somewhere (and cycling back is no easy task).
Of course we told these sellers about our trip and at one point even the owner joined the conversation.

We ended up handing him one copy of the First Aid Fir Climate Change teaser.

“Oh, I have something for you….”, he said and rushed inside. In the end we were both handed a jute shoulder bag (with advertising) with a coffee cup each in it. Well, yet again a great example of “who does good, meets good”.

Meanwhile in Glasgow David worked his butt of to spread the message of the “Sweet Spots for Sustainable Happiness” and the stimulating message in Anabella Meijer’s “First Aid for Climate Change”.

Spreading the teaser for that book. Attracting attention, talking and discussing with several interesting people, like an INDIA Today reporter, Voice of America and more!

….and another one. What an energy this guy has!

The journey continued smoothly and we reached the center of Edinburgh around a quarter to four.

Arrived earlier than planned for the first time! 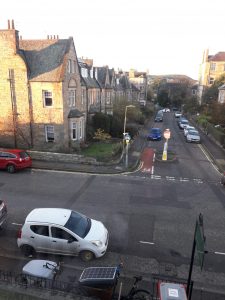 Simple Guesthouse where the bicycles could only be placed on the pavement in front of the building.

Slightly less safe but with one chain of our own and two extra chains that the host had for motorcyclists. 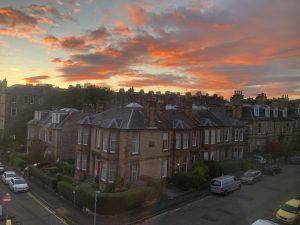 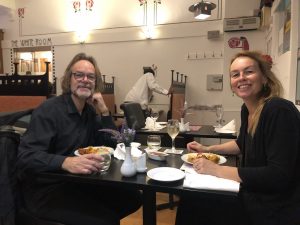 That’s about it for today, my eyes are almost closed (it’s already 0:45 am. And tomorrow (?, today!) Up early again!
Good night!