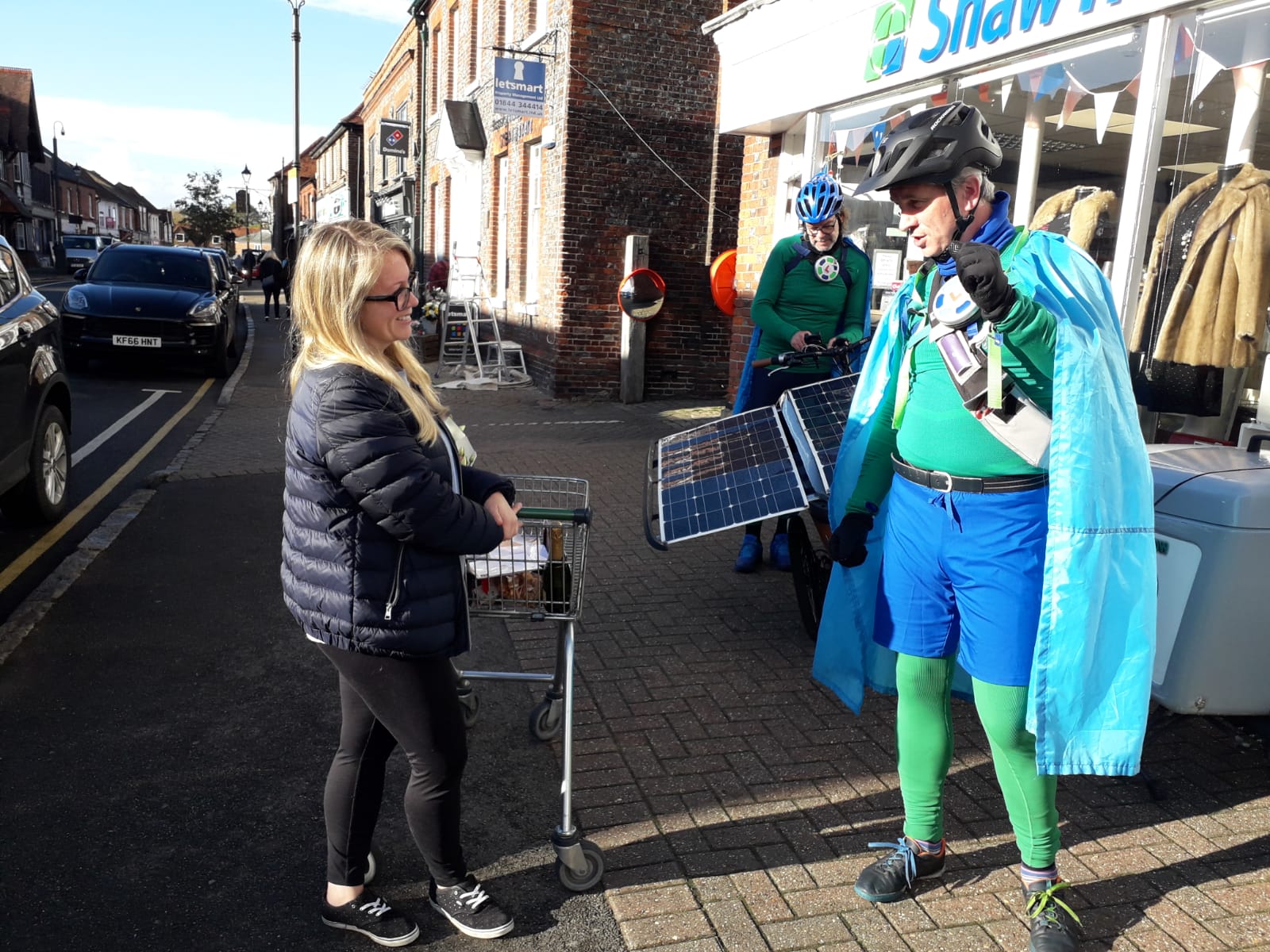 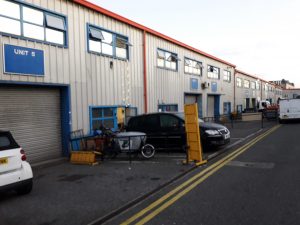 We had an overnight stay in a special place in North London, in a shed converted into different living areas where different people lived anti-squat. Surprising how so much atmosphere was created in such a cold building. 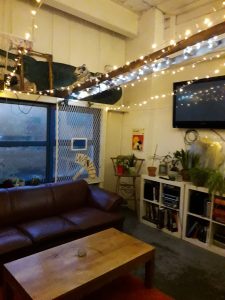 We left early as we had quite a long route to Oxford. It was 127 km (79 miles) originally, but I reconstructed in the middle of the night (until 02:00 am) to make it more acceptable.
That went somewhat at the expense of ideal cycling routes, but it turned out not to be so bad… 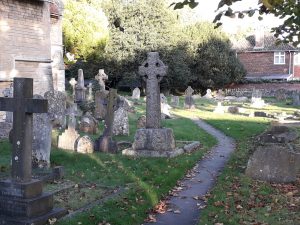 Yet another setback: another flat tire today! The same tire and guess what, there was still a piece of glass in the tyre, which I had apparently overlooked during the previous change.
There again we had another 20-25 min delay compared to the schedule. Since we had already lost some time in the morning with the departure, it seemed that it could not be made up for a long time. 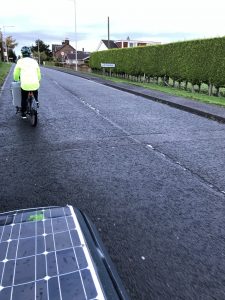 Incidentally, with other surprises, I saw Ilonka pass me a few times on steep slopes, where Solfie’s obesity was playing tricks on me.

Our positive experiences with very nice and interested people sometimes alternated with negative comments about ’the dark side or green’, or that they prefer to push you into the ditch with the cargo bike and all because you’re using ’their place’ on the road.
But above all, mostly nice comments.

Today a lady even liked it so much that David started to sing a song for her…. Very special!

After this nice meeting with the lady (Jen) David had sung for, the afternoon drive to Oxford became very drizzly for a while, but then also really drizzly …. That’s why we have few pictures of the afternoon. Well, when the weather cleared up, a nice church with a typical ‘grave yard’ was captured.

In the evening we were welcomed by Karen, a lady who had just moved to Oxford from Sweden. She had been active in sustainability in Sweden for years and had taken on the task of promoting our ride and story in Oxford.
The food earlier in the evening was in a very nice atmosphere outside on a terrace where a new formula was tried just for the first evening. Several tacos were finished
baked on the baking tray outside after which they were filled with different ingredients of your choice. Formula was quite fun. It was quite busy which made it difficult for them to deliver orders in a timely manner.
This put quite a bit of pressure on timing David’s performance that evening. 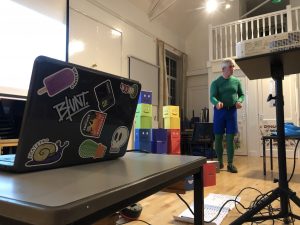 Just imagine; after about 118 km (73 miles) in the legs still trying to tell a fresh consistent story! Received nice reactions and feedback to learn from again. Because yes, superhero cape or not, you have to keep learning. Hence our logo, in England it is a white area with a red L, in the Netherlands it is blue with a white L…. 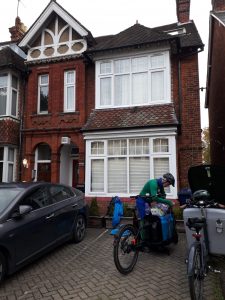 It’s one big challenge! Actually! Went to a bicycle repair shop this morning because my allen key was not strong enough to tighten and loosen the bolt holding the handlebars.

At the time, David was promoting what we stand for. Even sang one of his songs… 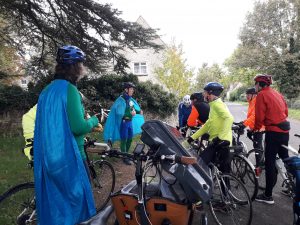 Also later in the day a nice meeting with an enthusiastic group of cyclists. David took the time to tell about the purpose of our journey and, of course, sang one of his songs for them.

We loved the original buildings in the beautiful villages on our way. 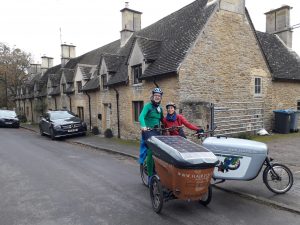 In the afternoon I also had my cape between the brake pads. 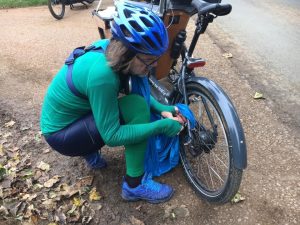 Had to remove the brake shoes to get it loose. The new allen key was very productive at that time. 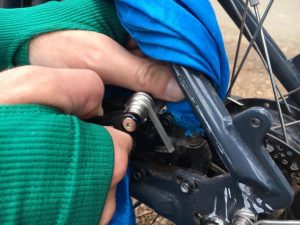 This made the course of the journey, which started out hopeful with beautiful villages in the country side, as the afternoon progressed more and more stressful, due to the loss of time.

Furthermore, the road to Birmingham the closer we got to the city and into the city was a real nightmare. Never experienced such poor infrastructure and bicycle unfriendliness. I think it’s understandable that we didn’t take any pictures of that.
We drove along a perilous road (almost a motorway). Eventually we were able to get away with great difficulty by pushing our bicycles to a gas station and through a forest behind it towards a meadow with a nearby country road.
Then tried to reach the center of Birmingham, but that was really almost impossible…
Let’s make a good case for seeing this and spreading it to get someone activated to change this.