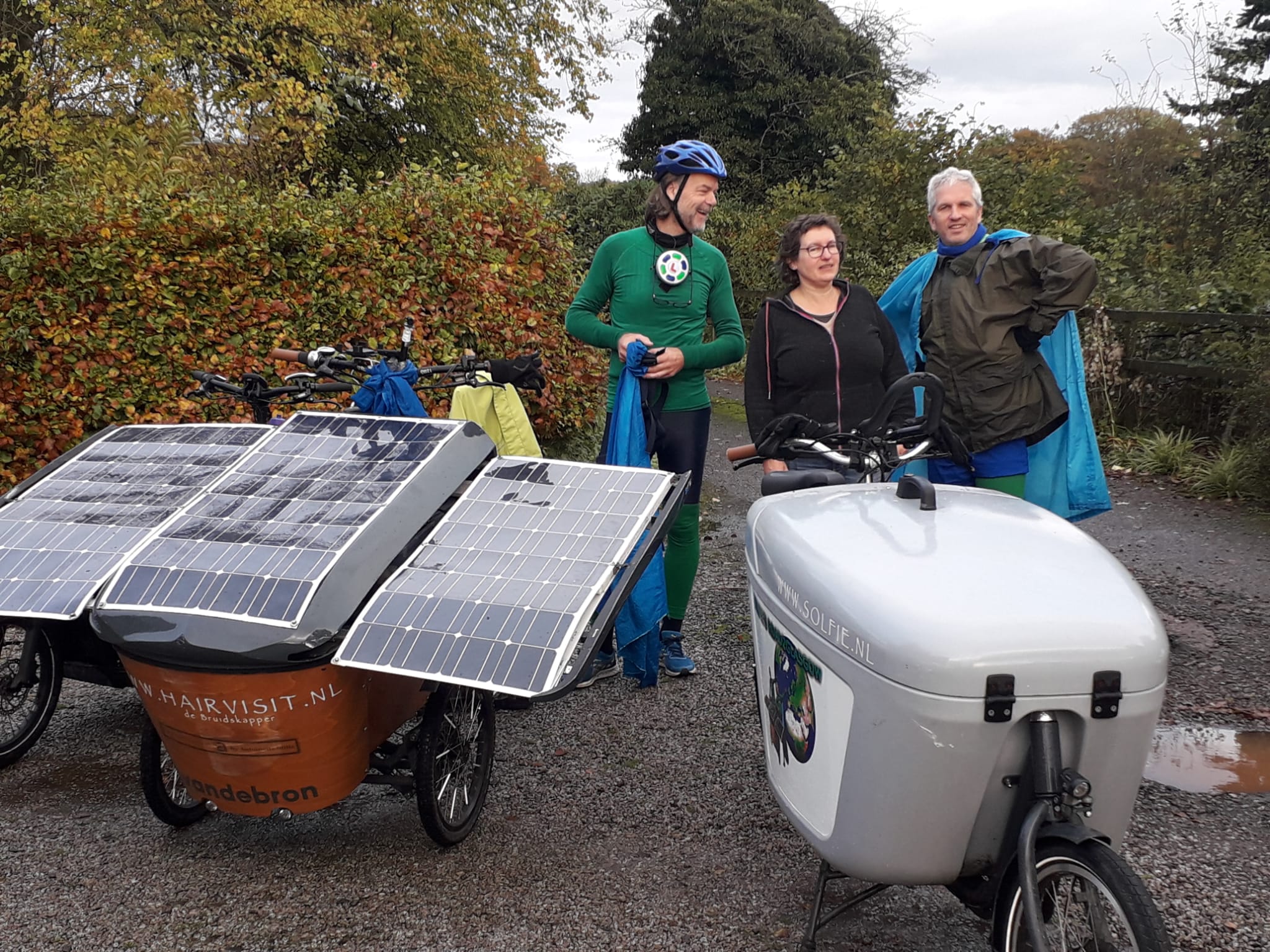 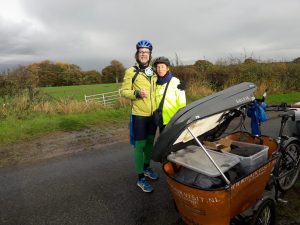 Another fine distance today. And it started again with pouring rain. Well, then those rain suits weren’t in vain. Because, be honest,  you don’t have to do it for the aesthetics… although it looks pretty nice on Ilonka! 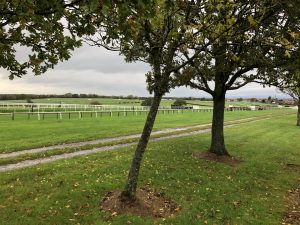 Also got some nice impressions again from the area. Passed a horse race track, Carlisle Racecourse. 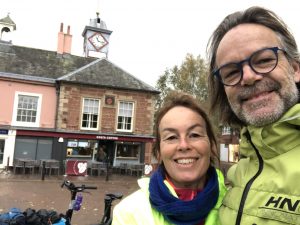 Cup of coffee in the heart of Carlisle, where we originally had planned to spend the night. 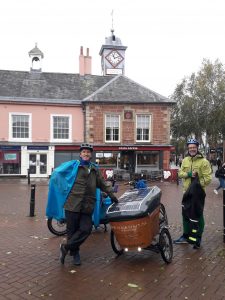 However, our travel planning was turned upside down when we noticed that accommodation was no longer available in Glasgow. In the meantime we had contact with Climate Action Strathaven (“Straven” they call it themselves), a lot further south. They wanted us to tell our story there and also were able to arrange accommodation for us. However, that meant that 3 routes before that were shortened to end up with the same amount of routes. 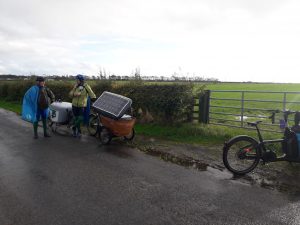 On the way to our current overnight stay in Lockerbie, it had been dry for a while, we passed a house somewhere in the meadows and a woman just drove away. Mesmerized by our group, she rolled down her window and asked where we were going. After we mentioned this briefly she asked us if she could offer us a cup of tea or coffee. Well, that was a great time for us. The lady in question put her car back in her yard and let us inside her house, where she lived – in quite a mess – as a single woman. She actually wanted to start painting on another house, a cottage, but was happy to make time to make some coffee for us. The kitchen table had to be cleaned up for that because it was full of everything-and-something.

I think afterwards she might also have been glad that we had been; now at least that table was cleared up a bit.
When we left, David sang one of his songs for her as a thank you, which she really appreciated.

In Lockerbie we arrived on time and were allowed to store the bicycles in a garage (without a gate, that is…), where the batteries could also be recharged.
While we parked the bikes, Ilonka noticed that one of my tires was almost empty again.
So that was the 6th time in a few days. And I had said an hour ago that “statistically today I was entitled to a flat tire”. Well luckily we had already arrived at the location and I could change my tire there in peace (and not in the dark or along a busy road).
Turns out there were thorns in the tire in two places! Next time I’m going to buy Shwalbe tires again. These were a kind of mountain bike tires from a different brand that I had put underneath because of the autumn, leaves, mud and rain. Thought this was good thinkin’….well, better think twice!
Anyway, the inner tube also had two holes and I repaired them, meanwhile put one of the other previously repaired inner tubes on again, so the repaired one today can continue to dry. 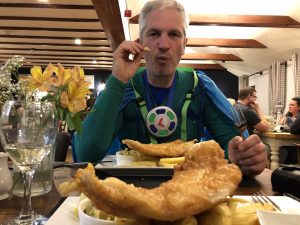 The evening concluded with fish ’n chips. Oh yes, with a Guinness! Health! 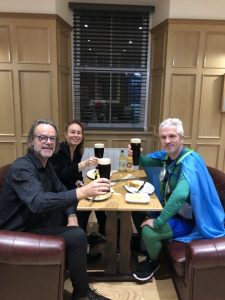