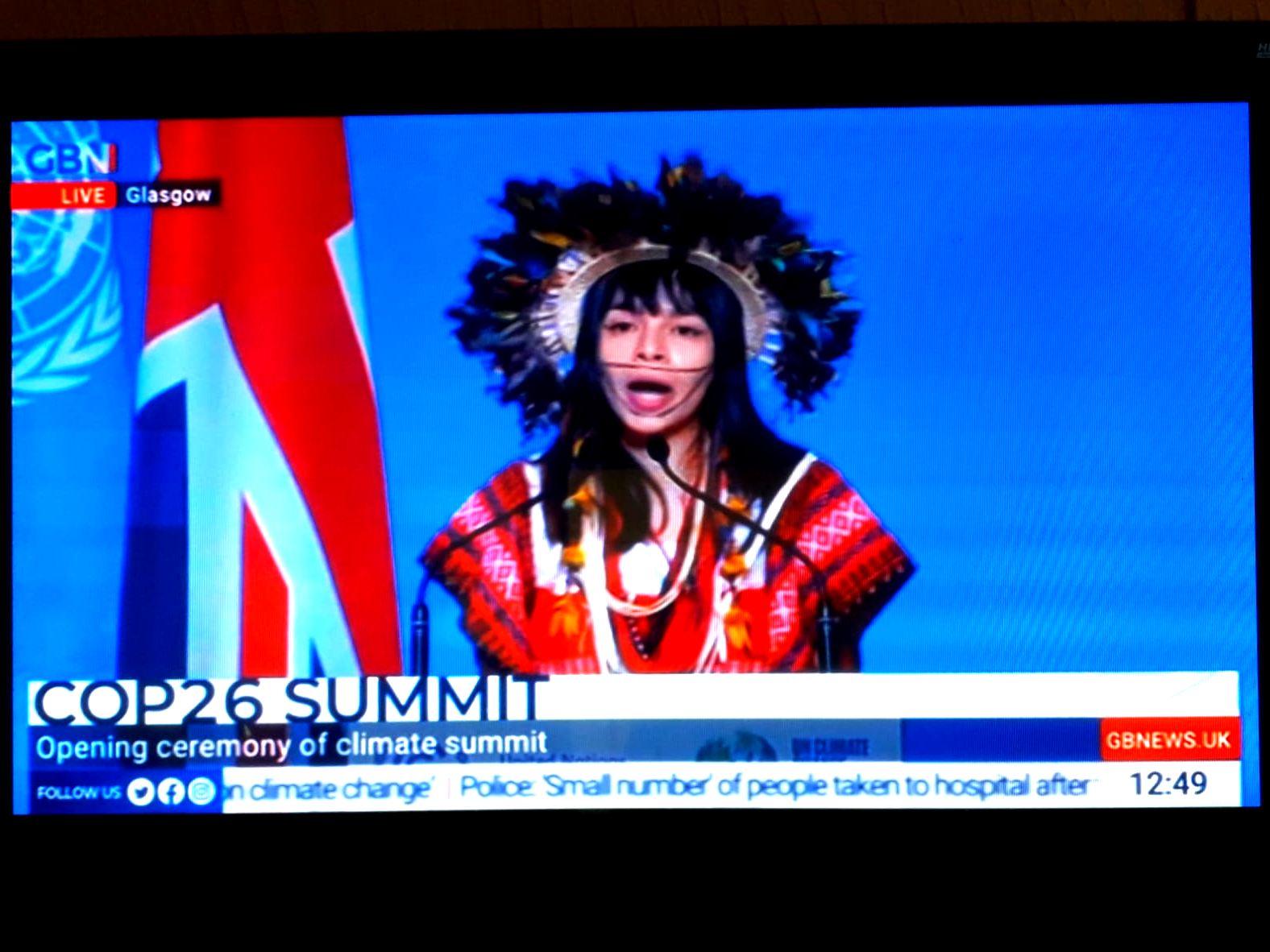 Waking up in Lockerbie…. Rain, rain, rain. First enjoying a nice breakfast, take a few photos around the hotel ‘Kings Arms’ and then go back on track again’.
Despite the drizzle we were looking forward to it. 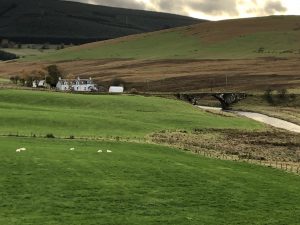 This day had all the aspects of a piece of cake. Not too far, the planning was tight and was based on not too high speed. 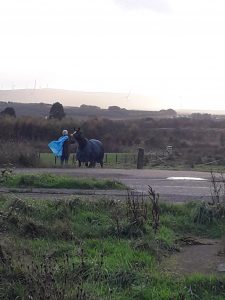 But have to arrive before 5 pm in Sanford, just below Strathaven, because it already starts to get dark at 4:30 pm.
To make a long story short; Today I was in for a treat…. to change tires after a puncture no less than 4 times.

And you guessed it; all from my bike. I will never buy this brand of tire again!
The second time it happened, two cyclists first passed by and stopped to see if everything was going well. They were part of a team that was also on their way to Glasgow but from Bristol. They had (like we initially tried) arranged a maintenance car and had a short line with the driver. 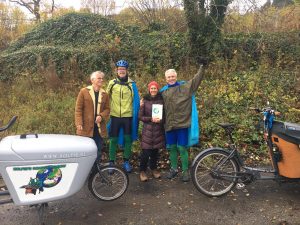 When they had cycled away, the maintenance car in question came by to help with adhesive material that had become scarce in the meantime. Very welcome and nice people too.

We ran into them again later in the trek when the aforementioned cyclists from Bristol apparently broke down. 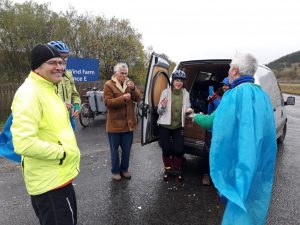 We have stopped for a while and we were treated to hot tea and a selection of special cheeses appeared, a delicious snack.

Speaking of snack; during our stopover in Crawford we enjoyed a great lunch in a truckers cafeteria.

The TV was on with the opening of the CO26 in Glasgow.

Then started to realize more and more that we were working on something special.

David performed one of his songs there for a nice interested family with kids. The cafeteria boss was not only a very good cook, he also proudly showed us his self made wood sculpture.

On our way to Strathaven, as part of our journey to the climate summit in Glasgow is was a coincidence we passed a small town called “Coalburn”. As coal is one of the few things we were creating awareness about, we were happy to see they already made good choices for that part. Several wind mills were generating energy, were the power of the sun was decreasing. 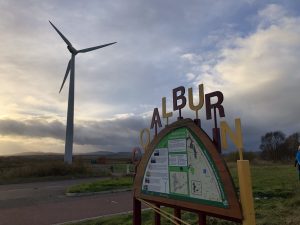 The day was the windiest yet and it has basically drizzled all day. 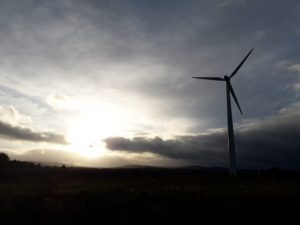 Before arriving at Sandford Strathaven we went down another mountain where the trail was not well maintained.

Arriving and dismounting at a place that turned out not to be the right address, it turned out that my right front wheel was empty again. So that was already number 10 of punctures on our Glasgow trip!
Salient detail: we were not at the right place yet and had to return the same way (a few hundred meters uphill). Repair had to be done on the spot…….you do get better at it….!
We were staying with Tom from Climate Action Strathaven, in a fantastic farm. Made us feel very welcome and a gig was also arranged for David.

A handful of interested people who were once again presented with a growing show.

Afterwards, David and I went into a pub with Tom and Arthur, two people from Climate Action Strathaven, for a Guinness. The ladies already went home.
It has remained with one glass.

Tired.
Tomorrow we will cycle to Glasgow and back….